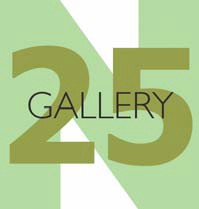 “Visions From a Mathematical Mind 2″

Bill Ralph brings us beauty from the very edge of chaos in his striking images of an unseen universe.

After a decade of mathematical research and six years of applying his research to the creation of his own art, we are privileged to present his first US exhibition and lecture.

Bill Ralph is a mathematics professor at Brock University, in Canada. His research on dynamical systems showed him that extremely complicated and chaotic visuals could arise out of fairly simple mathematical equations. Although they may appear to be paintings Ralph’s artworks are a unique blend of textures and shapes that are generated from algorithms before being released as Giclee prints. The pieces take a great deal of creativity and plenty of experimentation before completion.

“The process is much like creating a sculpture from a pile of leaves by blowing on them,” said Ralph. “Each piece is like a little window into an exotic mathematical universe that has never been seen before.”

Viewing one of Ralph’s works is ultimately like seeing into the unification of two generally separated worlds: mathematics and fine art. Even though his pieces are based on rather simple math rules, they carry an increasing complexity and spontaneity that would be almost impossible to duplicate.

“As a teacher and mathematician, I hope that people can see the enormous complexity and unity that is inherent within the mathematical objects these images are built around,” said Ralph. “My pieces … parallel my philosophical fascination with the idea that much, if not all, of the complexity of the universe around us is the manifestation of a fairly simple set of rules of interaction.”

The Brock professor’s creations are receiving recognition and will essentially change the way that people view art and math, which is as one entity.

More information about the artist and his work is available at: www.gallery25N.com For information contact:

A Sample Of Work From The Gallery 25N Show 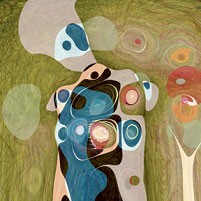 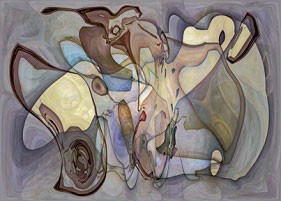 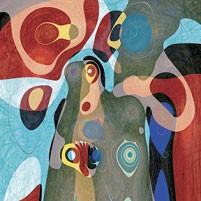 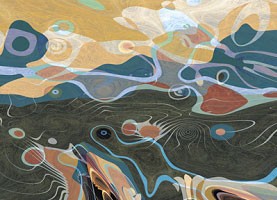